How Khabib’s Win Was A Masterclass 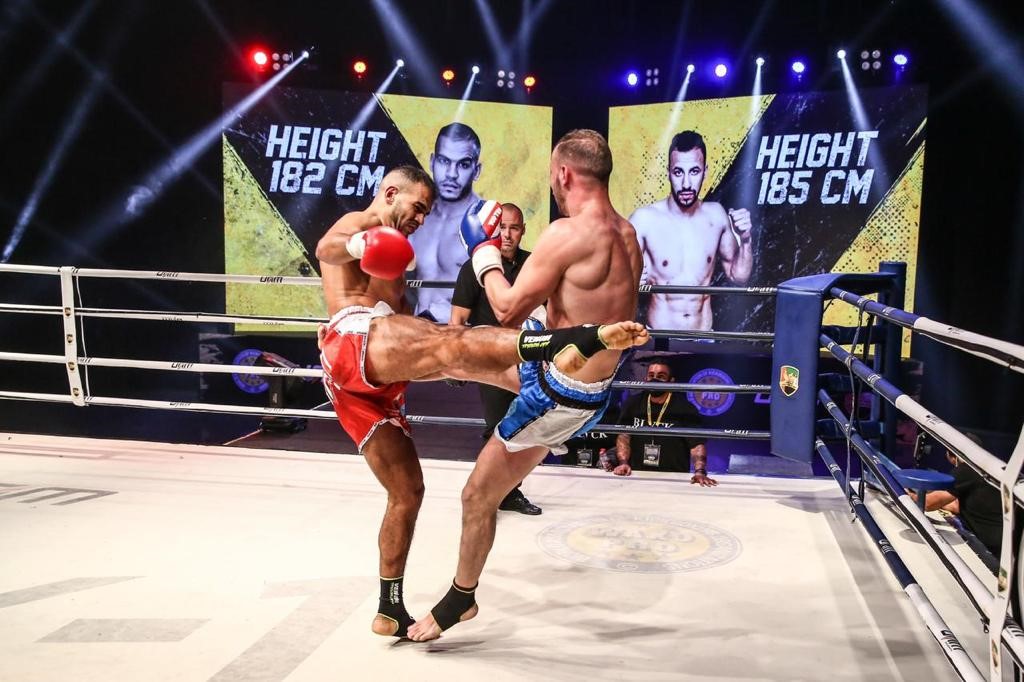 onor McGregor is much more than a left hand. He’s a master of distance management, of maintaining zen in the octagon, of rising to an occasion. He does have a rocket of a left; so precise it could guess your age, so devastating it has made men forget theirs – but Conor’s real, transcendental gift is in mental warfare. He employed it against Khabib Nurmagomedov, and it worked, affecting him as it had most of the fighters that came before him. The fatal mistake most of us made (including Conor) was assuming that this would be a hindrance. Instead – for the Dagestani – it became fuel.

Conor’s understanding and exploitation of the human psyche was almost the sole reason Aldo suffered one of the most humiliating KO’s in history. It has played a part in each one of his fights. Dustin Poirier remarked that he’d never hated anyone quite that much; while Conor laughed, watching him say this, running his hands through his hair, casual and free. He toyed with Eddie, and systematically destroyed Aldo – foreshadowing a willingness to go too far that reached its awful, but predictable end game tonight – and brought the otherwise cool as ice Khabib to lose his Dagestani shit completely. The interesting thing about Conor’s antics before the fight is his attitude whilst inside it; his face becomes a mask, his upper eyelids low, his body loose, yet tightly coiled. Eddie remarked about almost feeling safe in there with him; it is a confusing shift of energy considering the tirelessly antagonistic antics Conor engages in during fight week.

What it is, most importantly, is the apotheosis of Conor’s mental assault: to put it simply (it has to be simply, because I’m sure there are much cleverer people than me that could explain this in exquisite detail) he riles his opponents up to the point of apoplectic rage, to the point where they want to beat him more than they want to win, to the point where they rush forward and abandon game plans and get knocked out in 13 seconds. But Conor refuses to join them. He twists the lever on the jack in the box with glee, by any means necessary, calm as the midnight sea, lets them pop. And then, not shortly after, he does the same with his left hand.

(It’s worth mentioning that this hasn’t always worked. I don’t think Dennis Siver ever truly believed he would win, but I don’t think he was affected to the point of poor performance by Conor, either. Chad Mendes, who was the first fighter to ask questions of Conor, wasn’t overly fazed. And Nate Diaz is Nate Diaz.)

I think it’s important to note there are different Conor’s for different situations (a point gleaned by the fantastic Alpaca Thesaurus, who’s YouTube is filled with incredible insight on all things MMA). There’s the Machiavellian monster that aims to dismantle, and there’s the professional. I believe Conor is somewhere in between these two personas, but I want to believe he skews more towards latter. There are signs to suggest that is the case – Conor, for whatever people may say, is extremely humble to his opponents in victory. It’s common to see the bloody grin come out when he’s engaged in a war; he started laughing and joking with Mendes, was almost warm to Nate after some rounds in the second fight, offering ‘great fight’ at the end, which is a far cry from launching cans. I don’t believe he believes the stuff he says in the run up – I think he’s aware of how to sell a fight, more aware than anyone has ever been, maybe. And for him, all the hubbub, the misdemeanours, the slights, the judgements, end in the ring. For him.

Even Khabib, a man with whom he has a controversial past that bears no mention repeating, a man he professed to hate, and wanted to kill; was awarded the sign of respect after the first round. It was a little nod of acknowledgement; a smile, as if to say ‘I guess it’s finally happening. Fair play.’ But Khabib, one of the few people able to resist the cult of Conor’s personality, brushes it off. Khabib’s genuine, simmering hatred was real, not for show. If Conor had actually given him a challenge, could this have been different? Perhaps. As it happened, Conor seemed shock not just at the power and irresistibility of Khabib’s ground game, but the sheer will behind it. Conor’s trademark cool head in the ring became a problem, while the other’s rage, which Conor wanted to invoke, was focused like a laser point.

I believe, for all Conor’s bravado, there was a shred of doubt. I don’t think he was scared – a scared man does not come back off a two-year lay off and request a fight with the boogeyman – but I think he knew this was more than tough for him. And I think almost in response to this he upped the rhetoric. He mentioned Khabib’s country, war crimes, Chechnya, Putin, his father, his honour, his balls – it was the slightly deranged , cynical version of the smooth tongued orator during the Aldo build up. Undoubtedly, his plan was to utilise his greatest asset – his tongue. It’s why he wanted fans, it’s why he consistently wanted to get close, it’s why he attacked the bus in NY – he’s a master of occasion and setting, and knowing what makes people tick. In Conor’s mind, I think he was wary of Khabib. So he went full throttle.

He attacked Khabib, verbally. He went too far. In response to Khabib refusing alcohol, Conor uttered his most problematic phrase ever (and believe me, there are many) by calling him a ‘backwards cunt.’ It was Aldo x10; Eddie x20. And, to everyone, including myself, it worked. Yes, Khabib never rose to it, but mainly on account that he didn’t do anything, really – he held back when squaring off, he appeared sheepish, withdrawn. I can only surmise that he was letting his anger bubble, so to speak – saving it for the the octagon. Which, on reflection – is EXACTLY, to a T, what McGregor’s game plan was. It is Conor’s one incomparable talent; people have hit as hard as him in the UFC, people have won as much as him, people have even sold as much as him; but no-one, no-one has ever talked like him.

And here we get to the irony of UFC 229: Khabib would not have performed like that without Conor being Conor. I don’t think Conor hates Khabib. As he’s said before, the person in the octagon becomes a faceless blob when he steps into it; it’s how he’s able to shrug off the pressure, to maintain zen, to be a master. He saw just another opponent, and that was the difference. You saw it in the willingness to acknowledge each other after rounds; if Conor had won, he would have commented favourably on his opponent, I’m sure. It was different for the Dagestani – he saw Conor, for everything he is to Khabib. He saw every word that was said, every dolly that was thrown, every face of every teammate that talked shit and slighted him. The plan He allowed Conor’s actions to enter his mind, as previous opponents have done before to great ruin, but he ended up doing something very special with it.

He *used* the rage. He borrowed it. Make no mistake, that is no easy feat. It requires an iron will, a monk-like focus, unbending self-belief. And just to repeat, just to point out the miraculousness of the whole situation, that was Conor’s aim all along! And it always has been. It’s his greatest power. So to utilise that is a fine balance, and one that shocked Conor, because no-one has ever been able to do that to him before. Nate beat him soundly but he was not angry. He was just Nate. Khabib was fucking furious.This was a performance almost mythical in its execution; it was a sight we’ve seen so much; a McGregor opponent angry to the point where his judgement is affected. But all that meant was we got Khabib to the nth degree. And Khabib to the nth degree is a wide-headed boa constrictor wrapping around a twitching gazelle, whilst clubbing it with brick laden gloves; while also saying to it, with a terrifying Russian inflection: ‘Let’s talk now!’

And just as this brawl wouldn’t have happened without Conor, neither, arguably, would this resounding victory. Both men did wrong (the UFC more than both of them), Conor in the lead up and Khabib after; but only one man won. Khabib was just better in every aspect of this fight, and, with a realistic pair of shades on, he probably just is the better fighter. Khabib traded with Conor and came out best. Just to repeat, Khabib traded with Conor and came out best.  He grappled with Conor and came out best. But most impressively, he allowed Conor into his head and didn’t let it destroy him. On a night that will always be defined by everything but the fight itself, it’s worth remembering that two of the greatest athletes in the history of the sport did go toe-to-toe. And this was Khabib’s night, for better and for worse, being escorted through a crowd that mostly hates him, arms wide, screaming out, his goals achieved. He wanted to smash and then humble Conor McGregor. He did both.

Time will tell who comes out better in the long run; the sting and manner of defeat has been softened by Khabib’s ridiculous (if understandable) actions post-fight. Conor is such a fierce competitor he will want to rematch a man that is now provably his kryptonite. There will be sanctions, maybe strippings, and maybe even out-of-the-octagon repercussions. But I feel it’s important to remember what’s important – and that’s the battle, which never starts in the octagon, and in this case, continued after it. 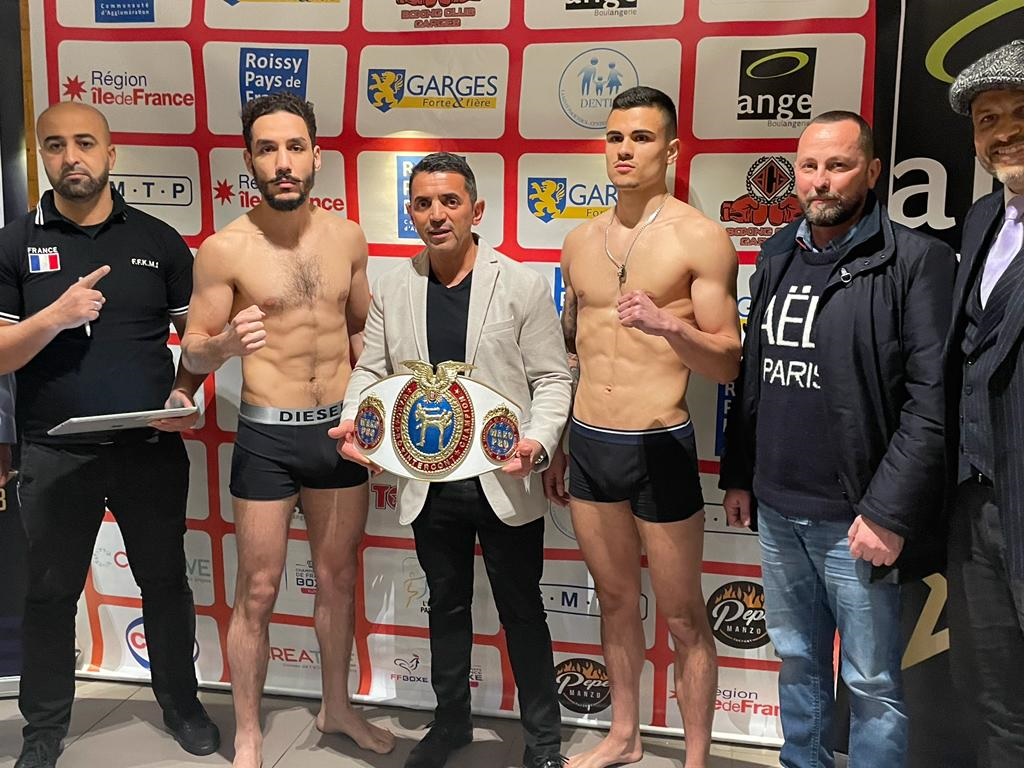 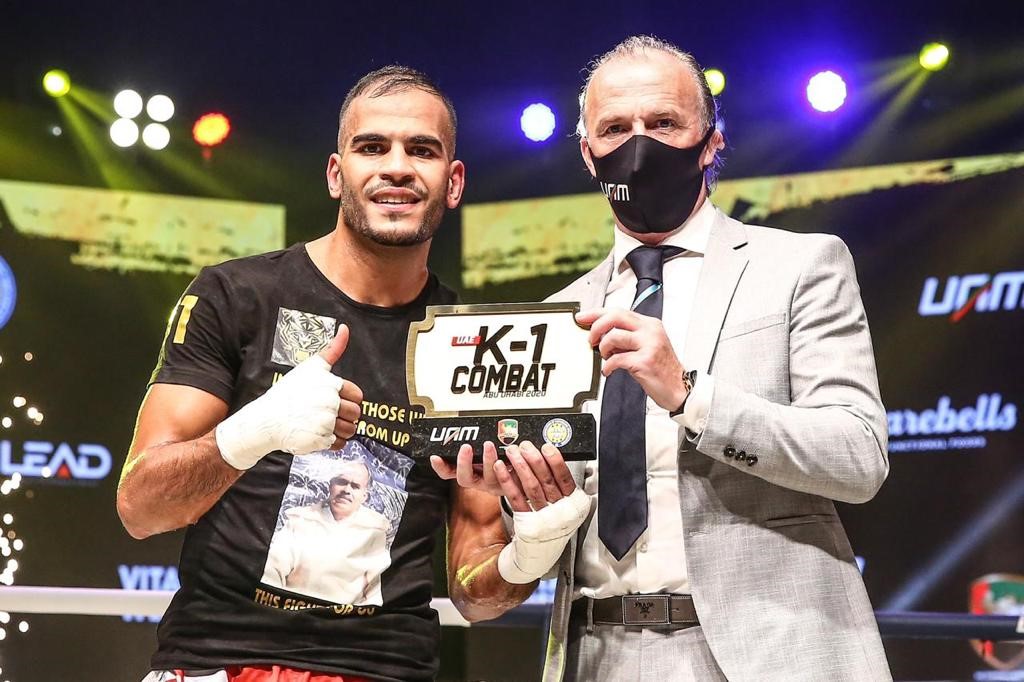 WHAT IS K1 KICKBOXING? 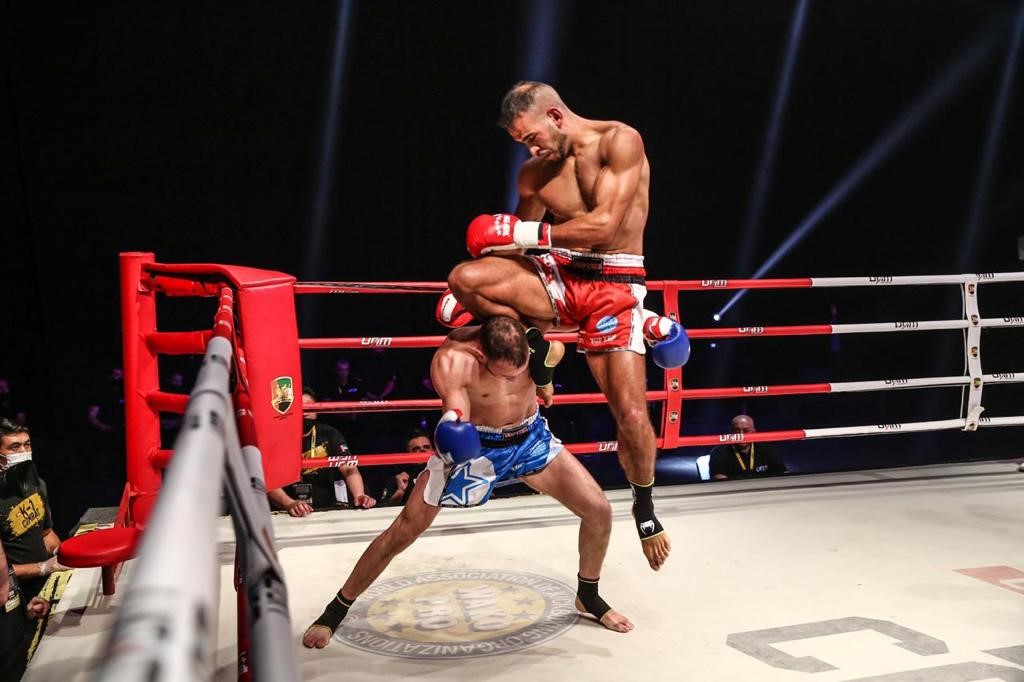